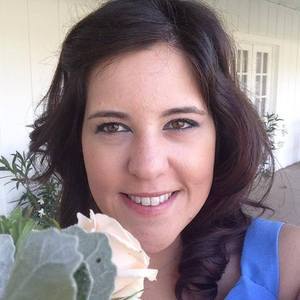 Jessica Fass hails from Los Angeles, CA, but spent 2011-2016 living in her Jewish homeland of Tel Aviv, Israel, where she launched her professional matchmaking company Fass Pass to Love (a play-on-words for the Disneyland "Fast Pass") for new immigrants to Israel from all over the world, including North America, Eastern & Western Europe, Latin America, and Australia, and English-speaking Israelis in Sept. 2013 to foster romantic connections. Jessica's personal matchmaking "niche" is matching international Jewish people worldwide, and the marriages she's responsible for to date include an Israeli man to a Danish woman, an Israeli man to a Dutch woman, an Israeli/Swedish woman to a French man, an Australian/Romanian man to an Israeli/American woman, a man from Uruguay to an Israeli woman, and two American Jews, among others.
Previously, Jessica worked as a script manager and on-set assistant in Hollywood from 2005-2010 on TV hits such as “Two and a Half Men" and "The Big Bang Theory" for Warner Bros. TV, and "The Suite Life of Zack & Cody" and "Doc McStuffins" for the Disney Channel and Disney Junior, respectively. Working in TV production is where Jessica learned to listen to, manage, and have patience for all different personality types, from the disgruntled prop master, to famed actor Will Smith, to the most meticulous Executive Producer who requested his coffee with the “perfect amount” of steamed soy milk, all experiences which she accredits to being an excellent Matchmaker and Dating Coach today.
She holds a BA in Screenwriting and TV Production from Chapman University in Southern California and is also an amateur stand-up comedian for fun, performing in venues in LA, NYC, and Tel Aviv! She now uses her comedic skills to speak candidly and humorously about modern dating and relationships in seminars and panel discussions throughout the U.S. and Israel. She also hosts Jewish singles events and mixers in LA, New York, and Tel Aviv, with her matchmaking partners Jenny Apple, Lacey Bauer, & Layla Book (in LA), Erin Davis (in NYC), and Gali Shani (in Tel Aviv).
Jessica obtained her Matchmaking Certification from The Matchmaking Institute in New York. She also won the distinguished honor of Highly Commended Best New Dating Personality at The U.S. Dating Awards 2016. Jessica is very excited to be using her "producing skills" that she honed in Hollywood to now "produce" her clients' love lives! Her goal in life is to give the whole wide world a "Fass Pass to Love!" ❤

Ready to Find Your Match?

Click the “Get Started” button and fill out the following form to build your profile in our database. You will be instructed with next steps upon completion.

Already In Our Database?

Login here if you have already created a profile.